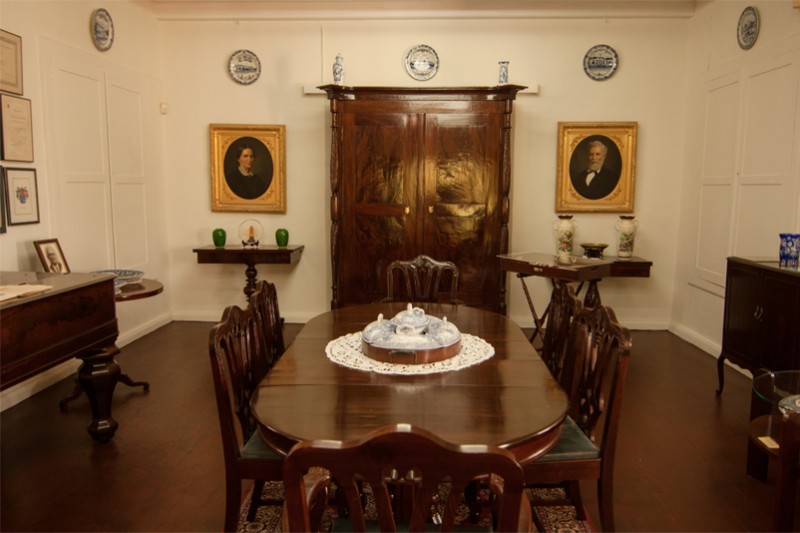 The antique mahogany piano in the "Sala" dates from around 1856, the year the company Raven Bacon & Co. in New York was established. It is most likely one of their earlier models. It is rectangular shaped with rounded corners at the front, resting on four sturdy, octagonal vase-shaped legs. The front is made of two pieces of mahogany veneer, cut from the same piece of wood, with a distinct vein design and put together mirrorwise.

The piano has a lyre-shaped stand for the pedals. When the cover is lifted a music stand with beautiful carvings appears. The keys are not located centrally but more to the left side of the piano. 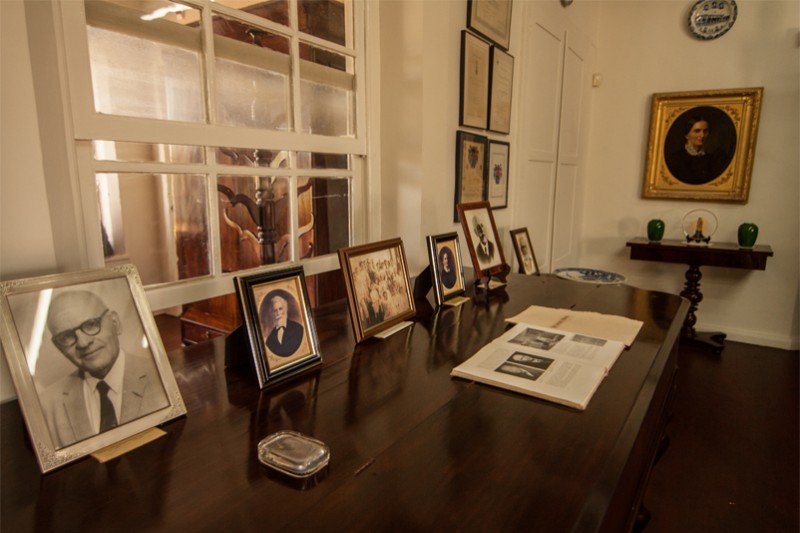 The strings are placed horizontally, like in a grand piano, however they run from right to left. This is inherent to the square piano model, which form is derived from the 18th century clavichord. The square piano was prevalent in America from 1780 to 1880.

The small round table is made of mahogany. The top is supported by a turned pedestal on a tripod base. The small skirt is also made of solid mahogany. Six separate pieces are formed into a circle and glued together. 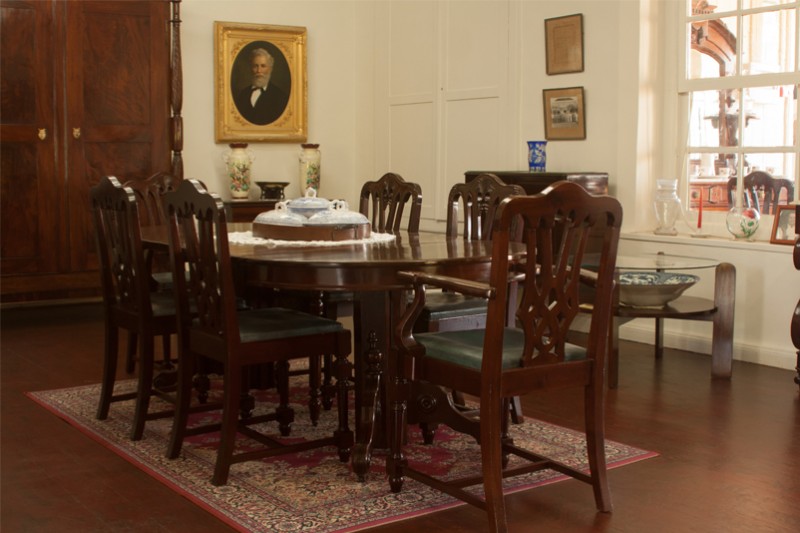 A mahogany card table, supported by a twisted central pillar, resting on a platform with scrolls. The top is split in two foldable halves. When they are opened, the top can be turned, enabling both halves to be supported by the rectangular base.

This card table was made during the mid 19th century.

The large wardrobe, like most antique Curaçao furniture is made of mahogany. It has two free-standing pillars, diagonally placed at the corners. The two front doors have identical silver escutcheons as the cabinet in the "Adrei Dilanti". It is not possible to open both doors independently; the left door has a false escutcheon without an opening. A central post is cut into this door to support this illusion. 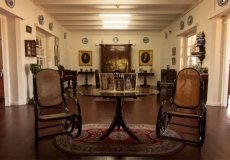 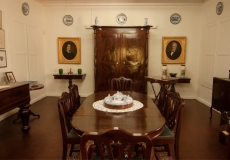 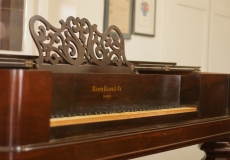 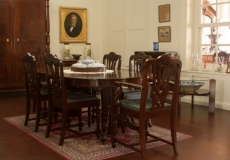 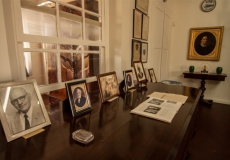 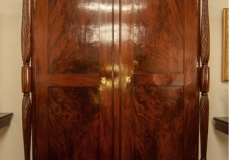 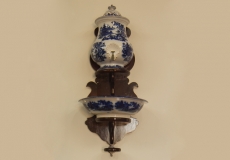 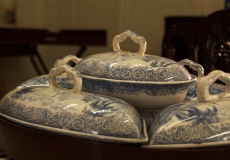 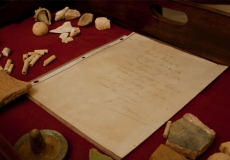 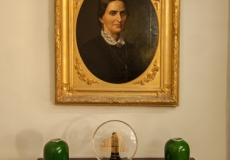 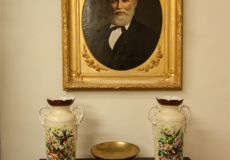 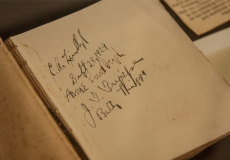 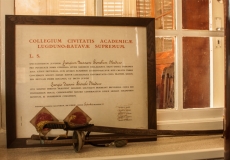 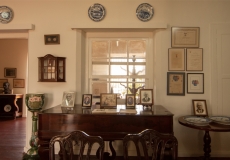